Setting a POINT to Chute Mode changes it's operation to better suit weighing livestock.  During the process of weighing an animal, POINT will cycle through several different screens. 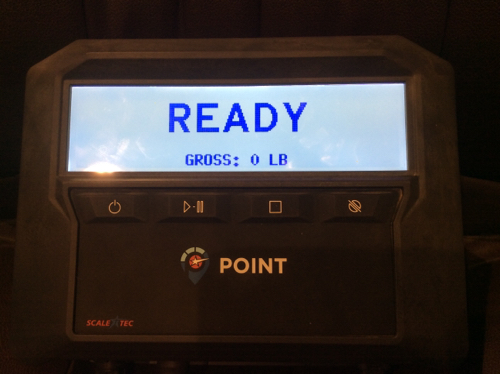 The READY screen is displayed before an animal steps onto the scale, when the weight is near zero.  This screen means the scale is ready to weigh the next animal. 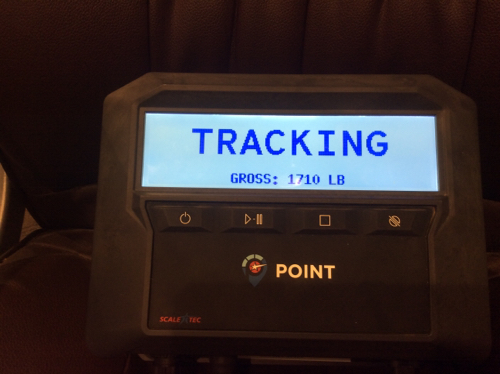 TRACKING will appear on the screen once an animal has stepped onto the scale and the weight has surpassed 1% of the scale capacity.  TRACKING means the POINT is waiting for the weight to stabilize.  This usually takes 3-4 seconds. 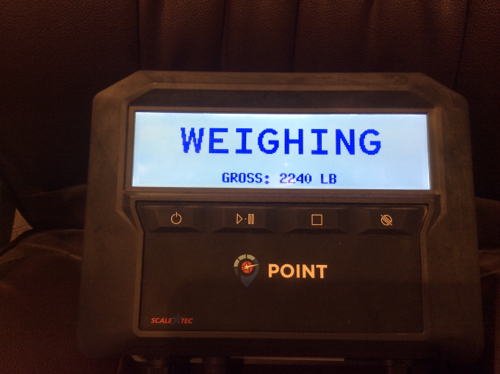 WEIGHING is displayed while the POINT is averaging the weight over 3-4 seconds.  If the animal being weighed steps off the scale during this screen, it could affect the final weight. 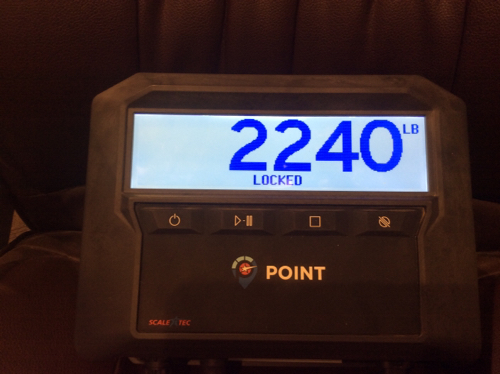 LOCKED is shown once a weight for the animal has been determined.  The scale is no longer weighing at this point, just displaying the determined weight.  If the animal moves during this screen it should not affect the displayed weight until the animal is completely off the scale.  If the animal was moving significantly during the WEIGHING screen or the weight displayed does not seem correct, press the Play/Pause button on the POINT to recheck the weight of the animal currently on the scale.